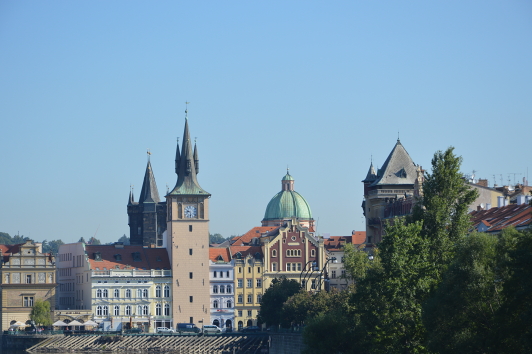 Arrival at the airport in Prague was anti-climactic.. If you are looking for stories of long lines, disgruntled passengers and lost luggage, this is not the place.  Everything was wonderful. From luggage retrieval to speedy processing through customs, it could not have gone better..  Maybe because it was Thursday …

I placed an order for an airport transfer from PAT (Prague Airport Transfers) when I first booked the trip so as I entered the greeting area, I was searching for the orange card with my name on it.  Ok.. my driver might have been colorblind because the card was yellow..But he was there.. took my bag and led me to the E-Class Mercedes to take me to my hotel. 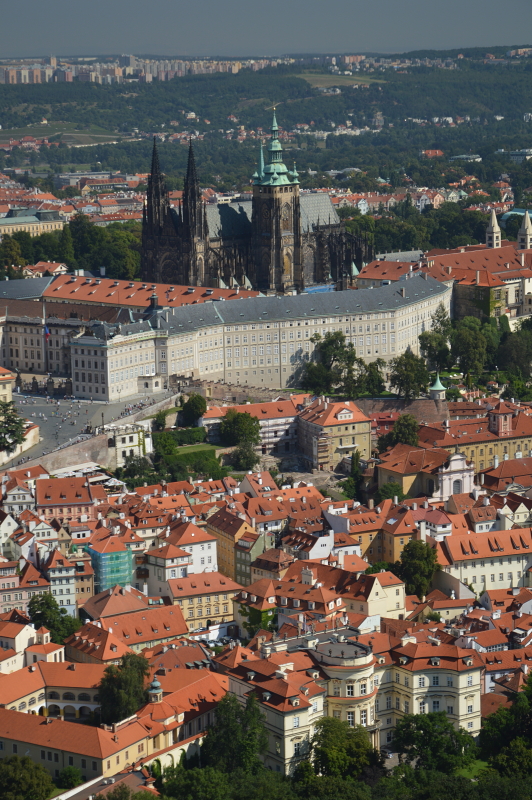 During the 1/2 hour trip from the airport. Pavel pointed out the various areas of town and sights that I had to see while I was there.  Monasteries, churches, museums, bridges, statues, parks –  it seemed he knew more sights in Prague than the guide books. I highly recommend their service. It was wonderful and personal and cost less than the average taxi fare with less chance of getting ripped off because you’re a “tourist”.

I chose the Charles Bridge Palace  hotel near the river and the Charles Bridge because of the central location. It was a wonderful choice. The service and front desk were friendly and helpful. The room was heavenly and the breakfast was the best I have had in Europe..Let me clarify that..the best I have had at a hotel in Europe.. The biggest problem was the wifi.. it did not work everywhere in the hotel as promised. I wound up in the hotel lobby to post photos on Facebook.  Of course, I used Booking.com  (the link can be found on my website  Travel with Steve  ) to reserve my room and save a little money off their standard rates.. Follow the link and so can you

After I unpacked, I got the camera gear and merged into the massive throng of tourists headed to the Charles Bridge.  The Charles Bridge is a landmark historic bridge that crosses the Vltava river in Prague, Czech Republic. Its construction started in 1357 under during the reign of King Charles IV. It is over 600 m long and almost 10 m wide. It is guarded by 30 statues (15 to a side) and 3 guard towers.

Exploring the west side of the river tomorrow..Stay tuned..