About 15 km east of the center of Kyiv, on the road to Brovary, there is a historical monument that few in Ukraine know about..

Hidden, a half kilometer inside the thick pine forest, is the Bykivnia Graves National Historical Memorial. This memorial is dedicated, and located at, the former village of Bykivnia, and was the site of the mass graves of political enemies of the Soviet Union during the Stalinist purges of the mid 1930’s.

These unmarked mass graves were actually discovered by invading German forces during WWII.  There is an estimated 30 – 100,000  victims that were buried here. Victims of Soviet propaganda, Polish Army officers executed during the siege of Warsaw in the 1940’s… and as many as 20,000 officers and intellectuals in the Katyn Massacre. 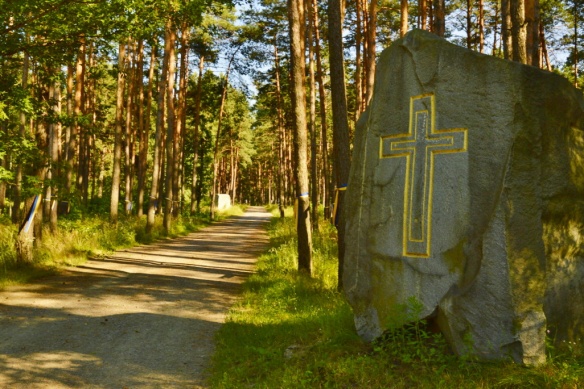 Path through the Forest

While it is easy to blame the Soviet Union and the Stalinist Purges, it is known that the German army also used the site for burial of Ukrainian Nationalist and army officers captured during the war. 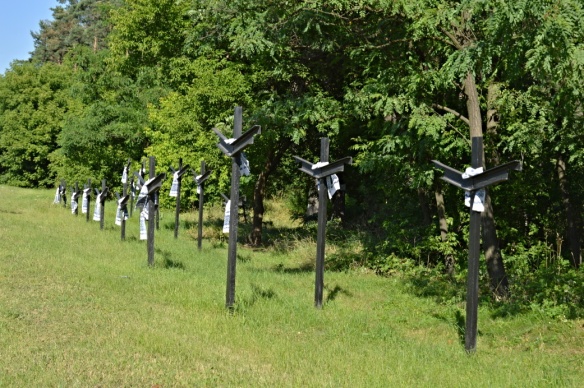 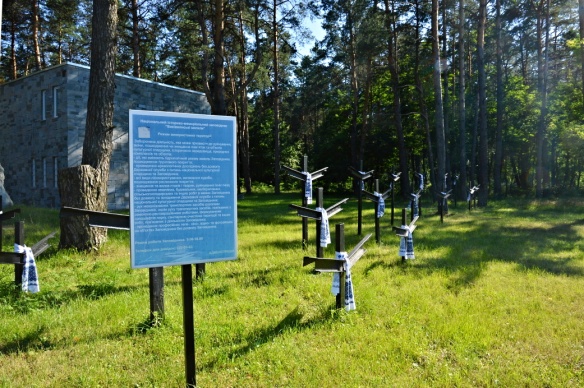 If you plan a visit to Kiev, Ukraine, take some time to visit this memorial. Along with Babi Yar, it is a grim reminder of humanity’s troubled past.. Take time to explore, to examine, and to remember.